An NCO figure would be great, marching or "in action" like the one in the Prussian Line Infantry Command set.

Flag bearer would also be fine, as they were certainly present. No official colours were issued to Landwehr regiments, but many flags were made and presented to these units, so flag bearers would be much more useful than, for example, a sapper, which must have been a very rare beast, as even line regiments did not have them.

Another "Generic" staff officer as a mounted figure would be great. In fact,the standard uniform in the field was almost identical for staff and general officers, being the undress "Überzieher" (like a frock coat)and the peaked cap, the difference being in colour, as Generals would wear these garments in dark blue, and Infantry or General Staff Officers in grey. The only difference may be in the saddlery, with junior officers having cloth shabraques and holster-caps, and those of senior officers and generals being of fur.

I use several of the "Landwehr" officers from the Staff Officer set as Generals. 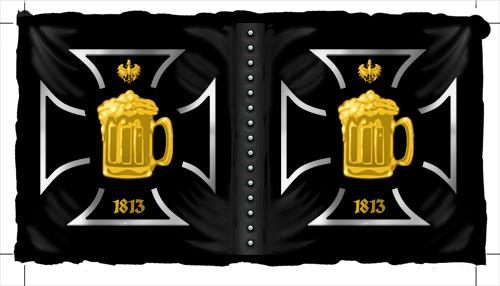